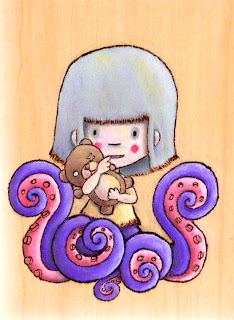 This is Finish result of Sideshow Girl based off of science fiction and H.P lovecraft tales.
Am just a big fan of horror and science fiction it been in my life forever its all i think about.
oil and wood burning
Posted by Kevin Simpson at 6:08 PM No comments: 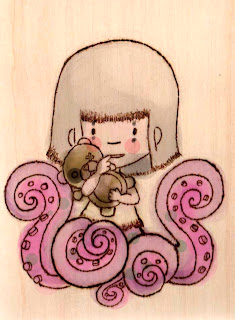 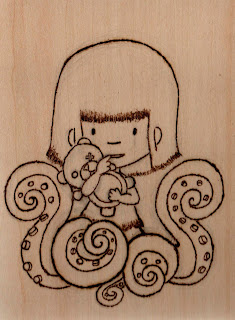 Hello again long time no see I just graduated from the university of the arts
and i am now looking for a job in illustration so far ive been emailing clients with no luck so far but am been keeping myself busy with side projects. The Sideshow girl is a idea i had in my head when i was in college its base of science fiction and H.P lovecraft tales.
color study and process
Posted by Kevin Simpson at 4:24 PM No comments:

Limbo land of the dead ones 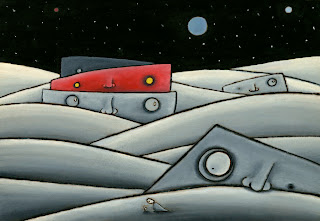 Hello again, this was for a Quay Brothers class i took this year in the Uarts. The Quay Brothers are famous for their cinema in film and wired creation of wooden puppets within their world they create in their films. This picture that i made is base of the first film we saw in class called Rehearals for extinct Anatomies, about a unperfect god called a dermerge, the dermerge has the power to effect anything it wants without it being aware of its existence.
In this image you see dermerges that are trapped in stone like the people in Medusa garden but these unperfect gods are not dead or alive they are trapped in limbo with one another trying to break free. Even tho these dermerges are trapped they still have the power to influences anything they see, one influences the sky another a plant and the middle that is trying to break free its trying to influences you.
Wood on oil.
Posted by Kevin Simpson at 6:22 PM No comments: 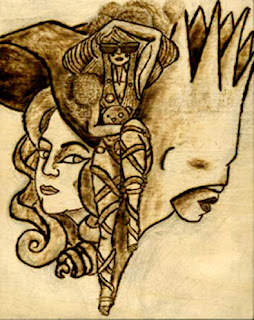 This is another wood burning of a famous celebrity who's out of this world Lady Gaga
with this image i was trying to figure out what gaga was with her sense of fashion and her creative side, to me she like a anime character come to life, she anything she wants to be.
I think something is missing from the right side i think am going to add a disco ball to the bottom right i keep you all updated with it.
work in progress.
Posted by Kevin Simpson at 9:26 PM 1 comment: 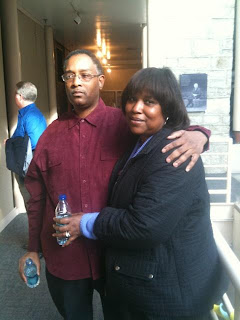 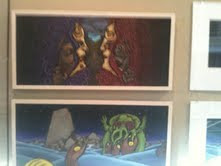 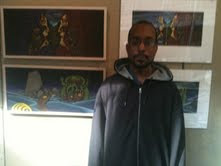 This was the Ely opening my family and I where their for support and my work is up on the wall to, the pictures are a bit fuzzy.
Posted by Kevin Simpson at 11:15 AM No comments: 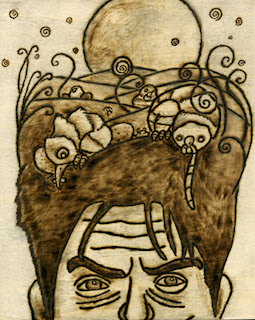 Hello again this is a wood burning of the hot topic Charlie Sheen and his world view
Also ill be posting some of my Ely images up some maybe on my website, its still under repair so stay tune.
Posted by Kevin Simpson at 12:36 PM No comments: 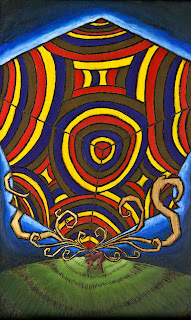 Hello again, This is a poster i made for Uarts school Ely, all the senior are showing their work in Philla at Uarts ELY Opening March 20 Sunday.
Oil on Burn wood.


Posted by Kevin Simpson at 9:19 PM No comments: